In the third week of April 2021, the DFAT-funded Australia-Cambodia Cooperation for Equitable Sustainable Service (ACCESS) Program organized a series of online meetings on budget monitoring of the ACCESS Program’s support in the gender-based violence (GBV) and disability sectors in the three target provinces of Kampong Cham, Kampong Speu, and Siem Reap. 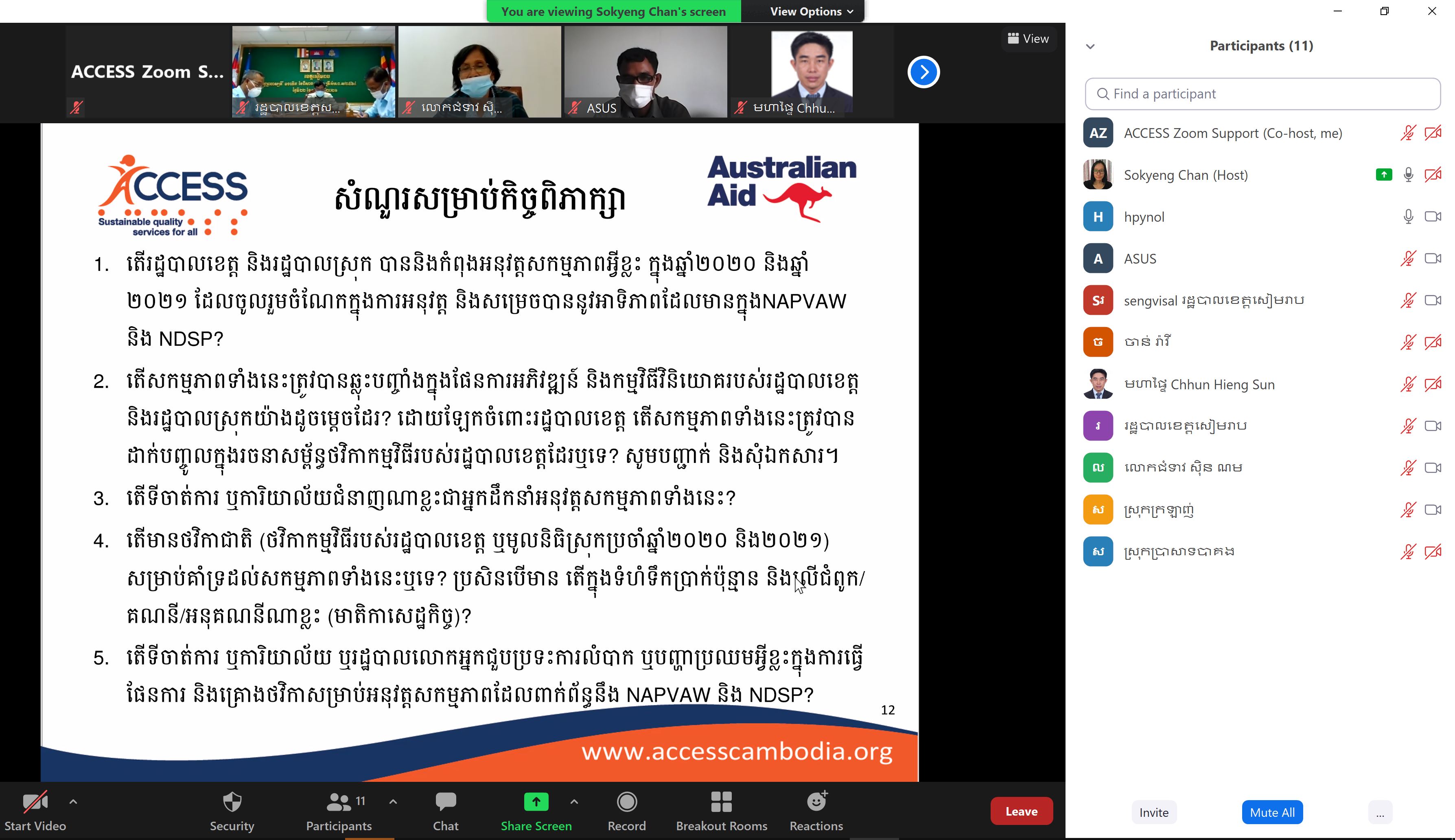 The objectives of these meetings were to collect inputs from the selected three Provincial Administrations and nine District Administrations for the Budget Monitoring study. Budget Monitoring is an important tool of ACCESS because it provides updates on the progress of the Program’s Public Finance Management (PFM) support to its partners, including the Ministry of Women’s Affairs (MoWA) and Disability Action Council (DAC), who are advocating for National Disability Strategic Plan (NDSP) and National Action Plan to Prevent Violence Against Women (NAPVAW) resourcing. At the same time, the study documents key interventions and budget commitments of selected line ministries and sub-national administrations contributing to the implementation of NDSP and NAPVAW.

The result of the budget monitoring survey will be an important tool for ACCESS to analyse, support, and monitor the advocacy efforts of MoWA and DAC targeting key ministries and sub-national administrations in resourcing the government budget to support the implementation of the two policies (NAPVAW and NDSP).

In these meetings, Mrs. Anne Rouve-Khiev, Team Leader of ACCESS, announced the two year extension of the Program through additional funding from the Australian Government to support persons with disabilities and women affected by GBV. She highlighted the core ACCESS principle of ensuring the sustainability of the two sectors by working with relevant national and sub-national government entities to improve government budget allocations to support the implementation of NAPVAW and NDSP.

Mr. Sun Chhun Hieng, a representative from the Ministry of Interior (MoI), emphasized sustainability in encouraging and supporting the sub-national administrations to strengthen the planning and budgeting for social services targeting vulnerable groups including, women, children, persons with disabilities,  minority groups, elderly, and the poor. In addition, it was confirmed that MoI will launch and provide trainings to all three tiers of the sub-national administrations on the guideline in social service planning and implementation, as well as roll out a Reward Program for Social Service implementation as an incentive to the best local administrations. 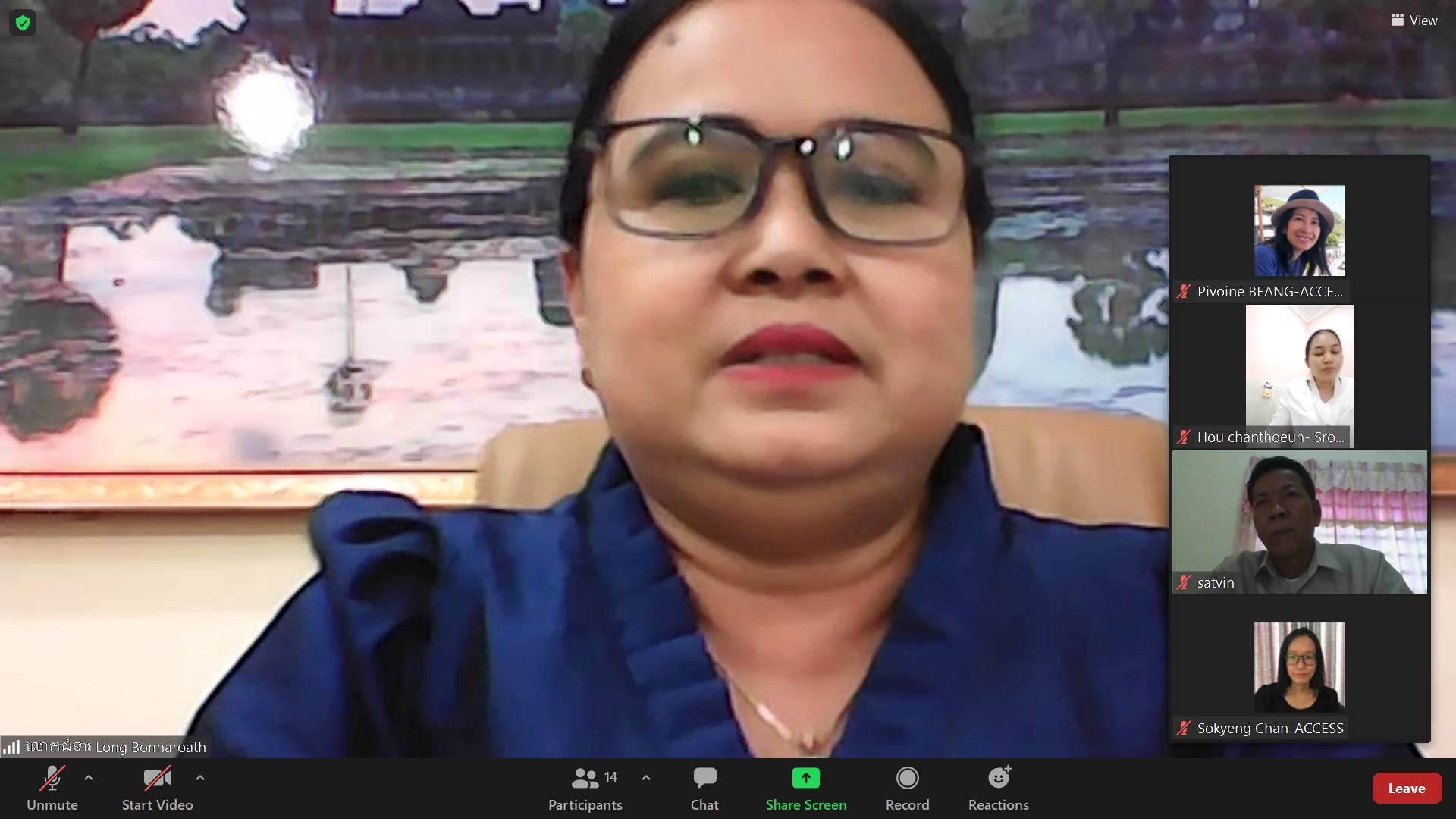