According to a global report published by UNWOMEN in  2021, it is reported that violence against women and girls has increased around the world during the COVID-19 pandemic,  during one of the most  isolating periods in human history. [i]

On 10 December 2021, the DFAT-funded Australia-Cambodia Cooperation for Equitable Sustainable Services (ACCESS) Program and the Ministry of Women’s Affairs (MoWA) hosted a half-day virtual event aimed to draw attention, seek support and call for participation among the public, ministries, institutions, NGOs, and stakeholders to take action in ending violence against women, especially women and girls with disabilities. This event was a part of the 16 Days of Activism to End Violence Against Women Campaign that ran from 25 November to 10 December to raise awareness, challenge discriminatory attitudes and call for an end to violence against women in Cambodia and all over the world.

Cambodia’s Miss Universe 2020, Reth Sarita,  who attended this celebration stressed that everyone, including persons with disabilities, is beautiful, knowledgeable, intelligent and talented in their own way. “We only need the opportunity to show them off. Disability is not a barrier to achieving your dreams”, she said. 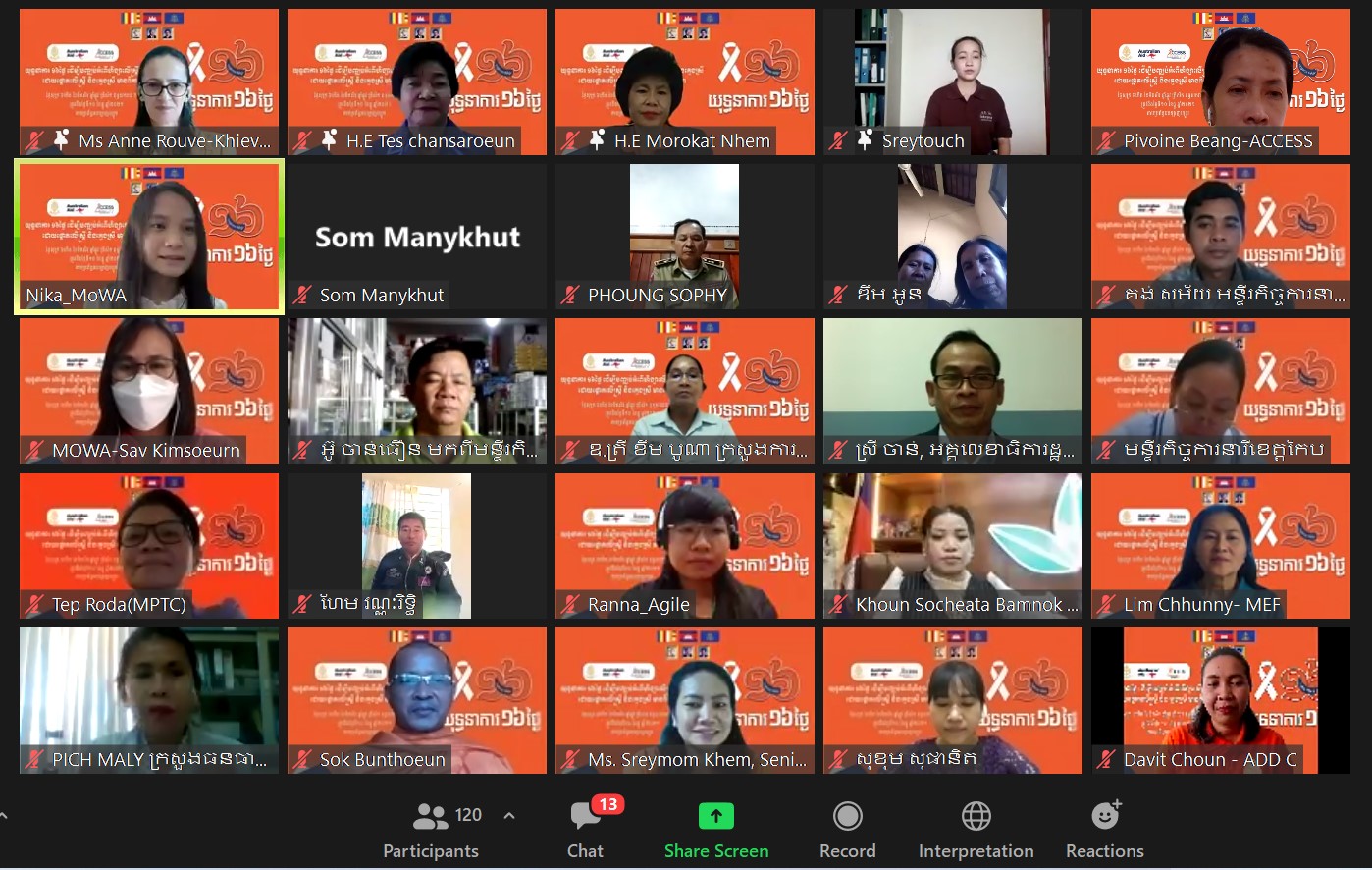 Ms Anne Rouve-Khiev, ACCESS Team Leader, acknowledged the effort of MoWA and stakeholders in the work to end violence against women and girls. She stated, “the ACCESS Program feels very proud to be part of such a dynamic campaign. At the root of gender-based violence is gender inequality. We need to continue to contribute at our own level, with simple actions and with persistence to build an equal and inclusive society. We are looking forward to continuing our collaboration with the Royal Government of Cambodia and civil society partners to advance the rights of women and persons with disabilities in Cambodia.”

The ACCESS Program is a five-year (20218-2023) initiative undertaken with the financial support of the Government of Australia. The Government of Australia is committed to supporting MoWA through the ACCESS Program to implement its third National Action Plan to End Violence Against Women (NAPVAW 2019-2023). During ACCESS Stage 1, the Program supported 1,407 female survivors of violence, including 49 women with disabilities and 172 minors. 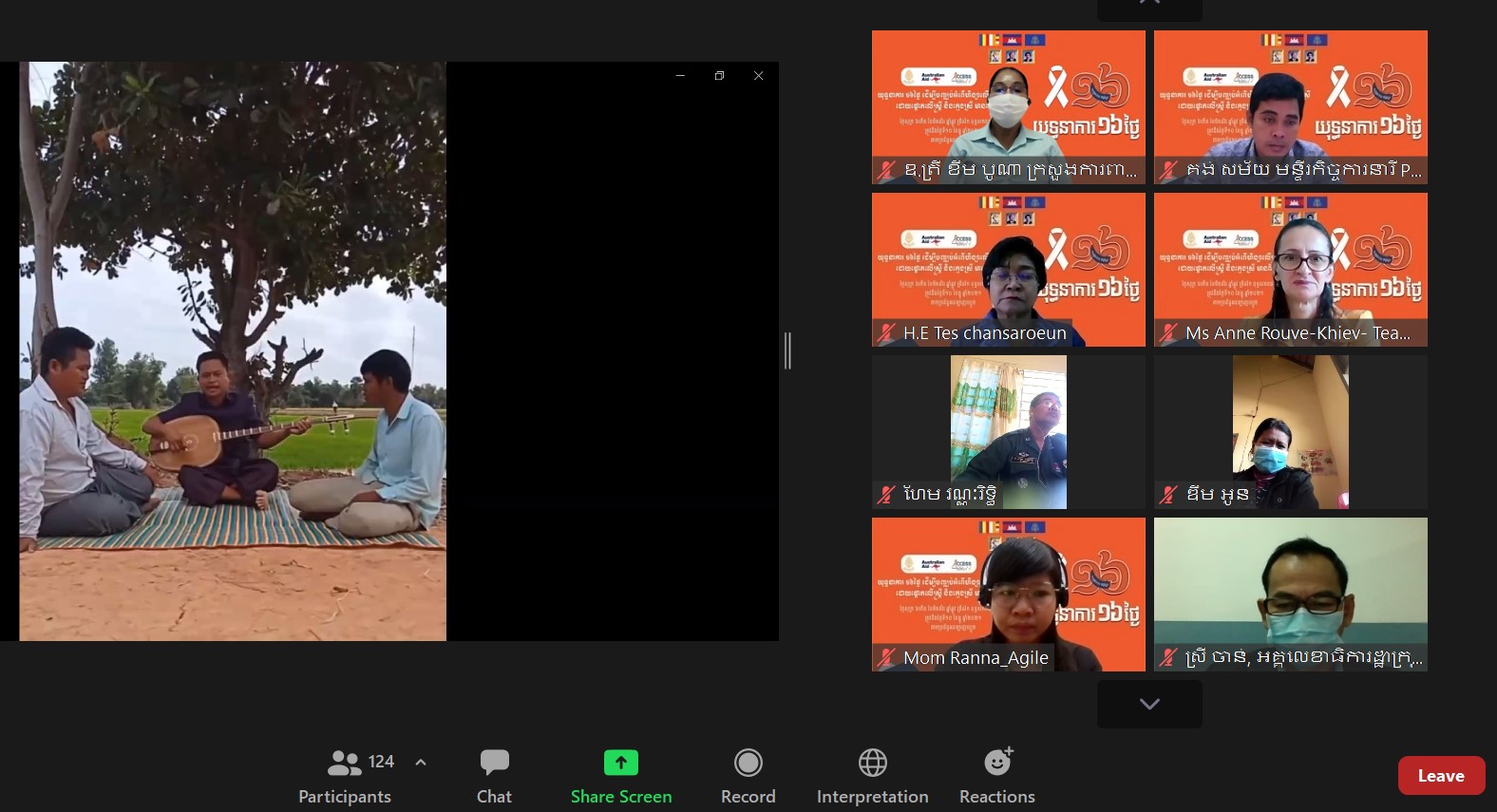 [1] COVID-19 and Ending Violence Against Women and Girls, UNWomen in 2021,
available here: https://www.unwomen.org/en/digital-library/publications/2020/04/issue-brief-covid-19-and-ending-violence-against-women-and-girls