On 29-30 November 2021, the Provincial Department of Women’s Affairs (PDoWA) from nine provinces received virtual regional training on the Minimum Standards of Basic Counselling (MSBC) for Women and Girls affected by gender-based violence (GBV). The training session was chaired by the Ministry of Women’s Affairs (MoWA) through the DFAT-funded Australia-Cambodia Cooperation for Equitable Sustainable Services (ACCESS) Program. 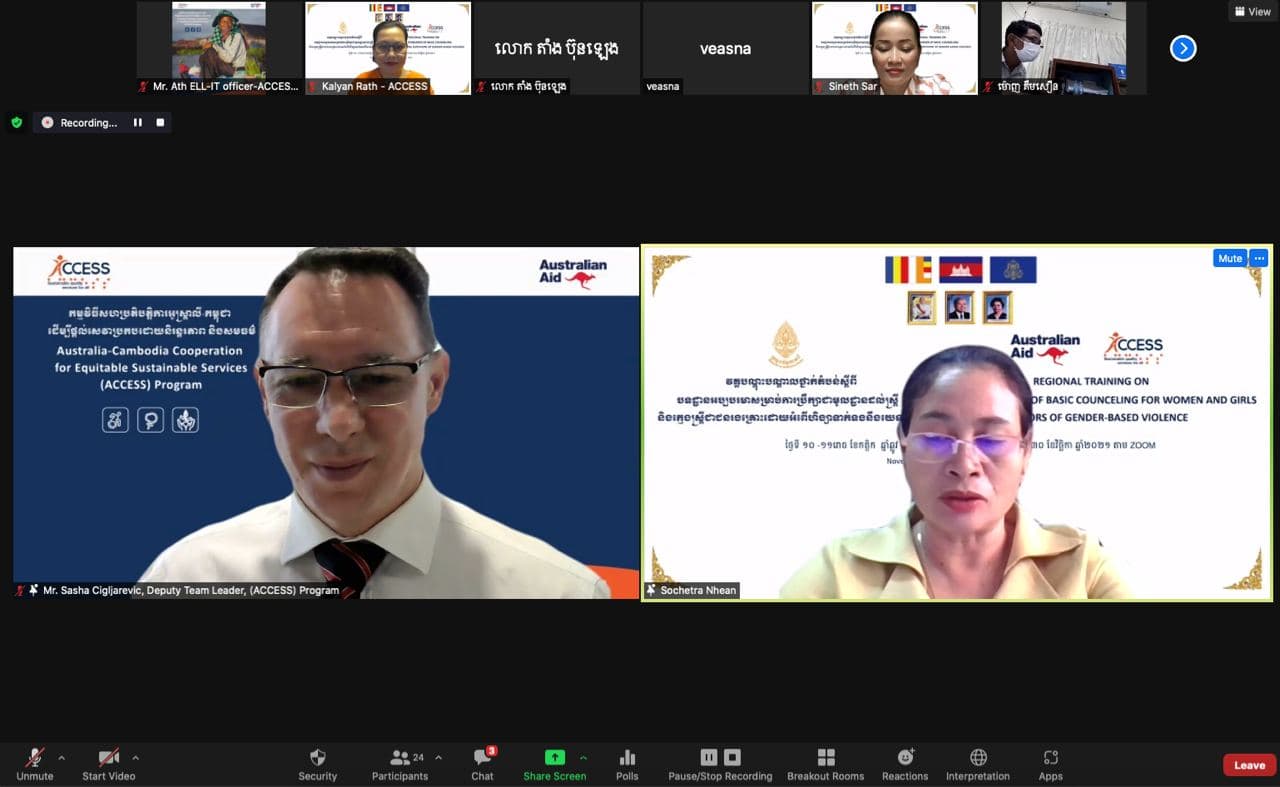 The training was aimed at raising awareness and understanding of juridical police agents (JPAs) and juridical police officers (JPOs) on the referral guideline, legal protection guideline, and MSBC to better serve women and girls who are GBV survivors in their provinces. JPOs and JPAs who participated in the training were from nine provinces including Phnom Penh, Pailin, Kampong Thom, Kampong Chhnang, Battambang, Pursat, Banteay Meanchey, Udor Meanchey and Kandal province.

The MSBC is one of the five essential standards/guidelines for GBV service providers, which is a comprehensive tool to help service providers navigate their work. In addition to learning about minimum standards and good practices for a service provider, the training consisted of various sessions, including understanding the core values of a good service provider​ include Human Rights Approach, Ensure Safety, Empowerment in Practice, Non-blaming and Non-Judgmental Attitude, Privacy and Confidentiality, and Non-Discrimination. 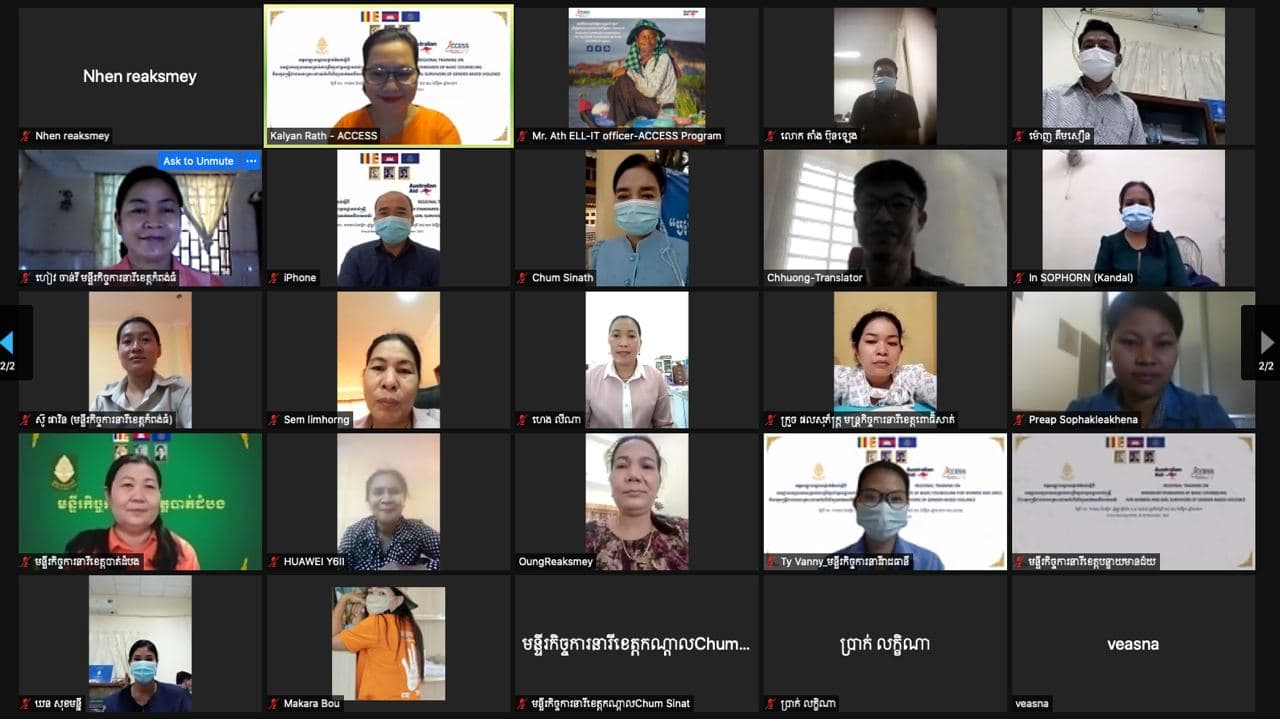 Mr Saša Cigljarević, Deputy Team Leader, ACCESS, in his remarks emphasised the significance of the role of participants as service providers to ensure that women can access readily available and accessible support and quality services in a timely manner. “The ACCESS program continues to be a strong and consistent advocate for gender equality, and we stand by your side to support the implementation of a well-functioning and sustainable response system to combat gender-based violence in Cambodia,” he added.

H.E Nhean Socheatra, General Director at the Social Development Department of MoWA, gave opening remarks at the session. She acknowledged the support from the Australian Government, through the ACCESS Program, in contributing to the implementation of capacity development of MoWA officials. She expressed that sexual violence is a violation of women’s human rights ​and ZERO tolerance of SEXUAL VIOLENCE. GBV not only affects individuals (female and girl survivors), but also their family members, and the community and society as a whole. The Royal Government of Cambodia has put GBV and disability issues as its top priority as it aims to end violence against women and girls, including those with disabilities.

According to the post-training evaluation, 80% of participants agreed that the training was very useful for service providers and they requested similar initiatives in future. Participants mentioned some challenges related to the internet connection but 60% stated that they felt confident in following all standards discussed during the training.