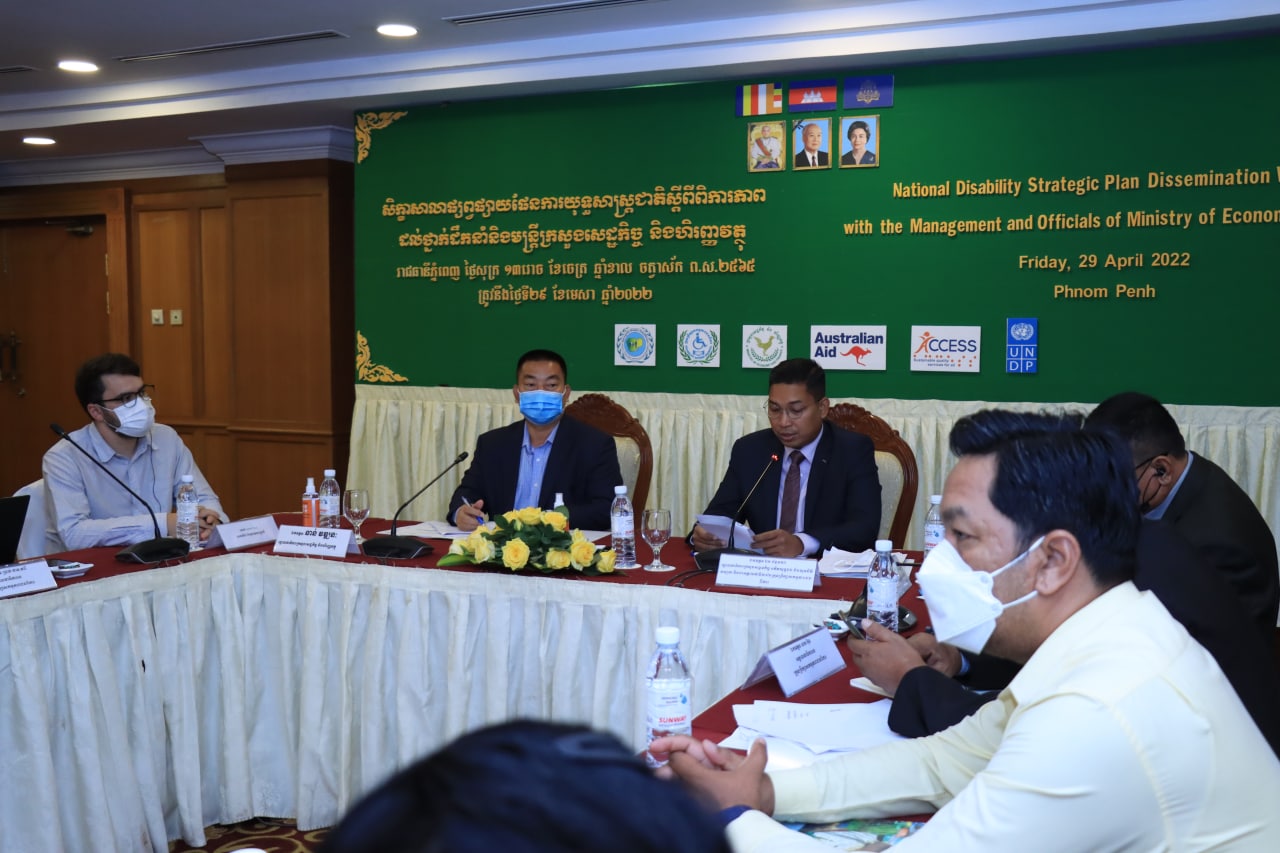 The workshop aimed to improve awareness of the NDSP II strategic priorities among the MEF relevant officials and to discuss the NDSP II implication on the budget of the designated line ministries and sub-national administrations.

In the opening remarks, H.E Em Chan Makara stated NDSP 2019-2023 development process had included inputs from various stakeholders at national and sub-national level, including related ministries, sub-national administrations, development partners, civil society, private sector, NGOs, Organisation of Persons with Disabilities, and persons with disabilities. He added, therefore, it is important that NDSP calls for the participation from all stakeholders to promote the rights of persons with disabilities, especially together with MEF, to ensure sufficient resources for NDSP implementation. “The support from MEF will reflect the RGC commitment towards inclusive development and the alignment to the Public Financial Management Reform Program’s agenda in strengthening budget-policy linkages shifting to performance-informed budgeting.”

Mr Connor Floyd stated in his remarks: “The Government of Australian is a long-standing partner of the RGC to advance the rights of persons with disabilities, and through the ACCESS Program we closely collaborate with the DAC-SG, MoSVY, the Persons with Disabilities Foundation and civil society stakeholders to ensure effective implementation of NDSP.” He added: “Promoting disability inclusion is not the duty of MoSVY alone, but is should be part of everyone’s agenda, be it through dedicated activities and program budget or mainstreaming into the core mandates of the government agencies at all levels and sectors.”

During the session, H.E Bou Vong Sokha expressed his support for DAC-SG becoming a budget entity and exploring a possibility of integrating gender and disability inclusion into the draft 2023 budget circular issues in late May or early June 2022. This commitment would support DAC-GS’s advocacy effort with line ministries and sub-national administrations in budgeting for NDSP priorities across various sectors.

The ACCESS Program is working in partnership with the Royal Government of Cambodia to support the implementation of the third National Action Plan to Prevent Violence Against Women (NAPVAW III) and the second NDSP 2019-2023. ACCESS overall goal is to improve access to quality, inclusive and sustainable services for persons with disabilities and for women affected by violence.